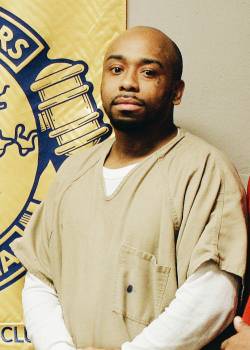 My name is Terry. I was born in Michigan to a woman who was very ambitious and deteremined. My mother was 14 when she had me, and my father was 18. My brother was born a year later byt the same man. I never understood what he saw in my mother when she was so young, but quickly learned that it was a control thing. My father was was a very conrolling and demanding alcoholic. As a small child I endured and saw a lot of things I shouldn't have. He [my father] would beat my mother in front of us and tell us this how real men lived. I remember numerous nights that me and my lil brother hid in bed and heard the screams and pleasd from my mom while she was being beaten. This created a monster within me, because I swore that when I got big and strong enough I wold kill this man.

Years passed and things stayed the same. The only things that changed was the amount of alcohol my father consumed and the intensity of the beatings. I grew up with a chip on my shoulder and disliked everybody. I soon found a home amongst some of the most evil and ferocious gangs in my hood. I finally felt like I belonged because many of my new friends had gone through the same stuff I went through. It was during this time that I started gangbanging and my disappeaered into thin air and left my mom to raise two teenage boys. I started dealing drugs to try to help my mom pay the bills and it wasn't long before I landed in jail. I was nineteen and sentenced to 15 years in prison on a drug case. I served my time and when I was released from prison I had no faith in God.

I continued to get arrested and spend time in jail. It was easy for me. It was routine. Until this last time. I met a guy in the Elkhart County Jail named Cliff (he was also an inmate). He had tremendous faith and always preached to me that I was worth something more. He told me that God had a plan for me life and that I needed to spend time talking with God. I was afraid of change, but I started praying with Cliff and I noticed that my thinking started to change. My tension and anger started to fade away and I started feeling better about myself and taking responsibility for my actions.

I'm currently in a rebuilding stage of my life, and I've come to the realization that without God I can't rebuild anything. I know I must remain focused and humble so God can use me in a positive and productive way. I continue to thank Jesus for giving me another chance!

Terry
< Back to Testimonies