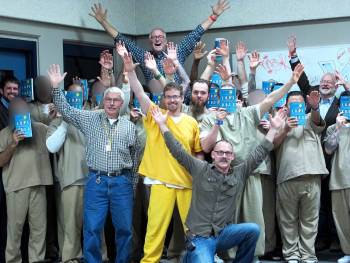 I’ve been with many people, but few have taught me what I learned during my time with the men at the Elkhart County Jail.  What I thought I would see were faces of sadness and remorse, but what I found instead were the faces of hope, courage and resolve. God’s love does that to all of us. I experienced men who were on a journey.  But it wasn’t about learning to follow rules better, it was about loving people more. These men were becoming guides whose words would count more than most people’s words do because of what they had experienced. These are men who were more interested in who they're becoming than who they’ve been. And they’ll change the world because of it. I’ll be back to Elkhart, that’s for sure. But I won’t come back to lead these men, I’ll come once again to learn from them.

Bob Goff
< Back to Testimonies