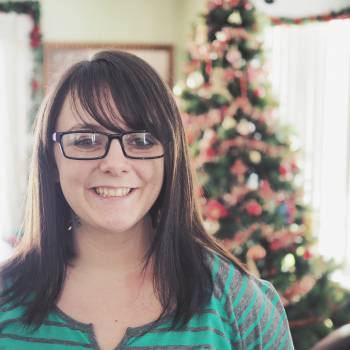 (Ashley wrote this while she was incarcerated at the Elkhart County Jail. She was released to Home Detention six weeks after.)

As far back as I can remember, I've always known who God was. Going to church was something we did as a family until my early teenage years. We stopped going as a family once life got too busy. I then got involved with a youth group. It was short lived seeing how I became a mother at 17.

I then fell into the role of a mother, a single mother. I managed to graduate from high school and was off into the work force. Gradually my focus was no longer on the Lord and His will but everyone else's will for me.

Over the years I've lost my faith and took the path that resembled the darkness in my heart and mind. I spent the last three years stuck in a living hell that I created. In my own living nightmare I was stuck inside my head pondering why God would allow such terrible and unjust things to happen to me and my children. I was mad at God and my pain felt more than I could bear.

I drowned myself in a meth-induced mental breakdown. The drugs drowned out any pain I felt and slipped me into a time warp. I t wasn't until I lost everything that I even started to seek the Lord.

Now, sitting here I can only begin to tell you of my spiritual journey. April 1st, 2015 I was arrested for auto-theft. I was shooting meth into my veins daily. I was homeless, I lost my kids, my family, my friends, and everything I owned. I had convinced myself that everyone was better off without me in their lives.

If I hadn't been arrested that night I would be dead or on the fast track to it. I've thanked the Lord for saving me from myself! The last six or seven months I've been blessed by the Lord and He has brought me comfort and peace. I've learned to have faith in Him as He shines light into the darkness of my heart and mind. I've been baptized and will be going home soon. I'm sober and have a stable mind. I'm so thankful for finding my faith and plan on staying strong with the Lord by my side.

Ashley
< Back to Testimonies