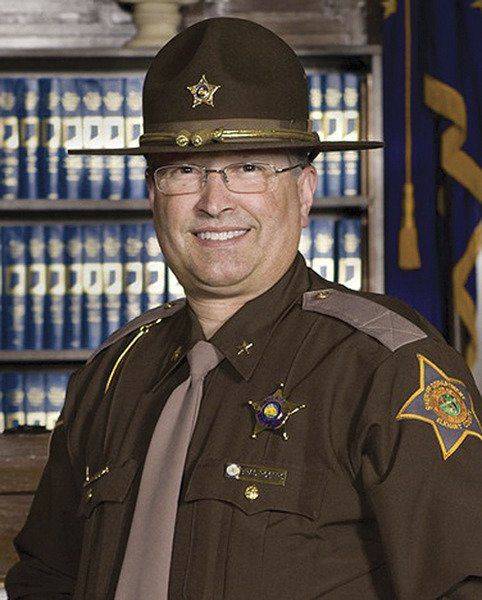 DEAR SHERIFF: Can you give some interesting sheriff's department statistics from 2016?

ANSWER: In my last column, I wrote about a variety of intriguing stats from 2016. In part 2, I continue with more interesting facts not well known by the public.

The busiest month for 2016 was December with 298 total handgun license applications. Interestingly, this month coincides with the presidential election and finalization of the Electoral College results.

After approval by the sheriff, which happens unless the person lied on their application about a criminal history, or they are a felon, clearly a substance abuser, or a person with serious mental health issues, the paperwork is sent to the Indiana State Police for final approval and issuance of the license.

Superior V Court Judge Wicks in Elkhart had the most papers with 6,395 and the next highest was Superior VI Court Judge Bonfiglio in Elkhart, which had 5,439 papers. The court with the least amount of papers to be served was Superior III Court Judge Cataldo in Goshen with 752 papers. The difference in the courts and their numbers is affected by the cases assigned, including civil actions, which typically generates the most papers.

On average in 2016, there were approximately 440 ministry volunteers in the facility per month. Of those volunteers, 12 worked a total of 641 hours in the library. There was an average of 100 or more church services per month facilitated by volunteers.

The county correctional facility had an average of 782 inmates throughout 2016. The monthly average booking count for 2016 was 635 inmates with a total of 7,625 inmates booked and 7,459 inmates were released for the year. Of the admissions for 2016, 1,521 were female and 6,096 were male. Several inmates claimed to be of a different gender than their biology and were housed to protect them from being victimized.

The correctional complex served 856,290 meals in 2016, with nearly 2,400 meals made and served each day. This includes kosher meals and medical diets as required.

As the Elkhart County 4-H Fair starts today, I wanted to share some statistics from last year's fair. During the nine days of the fair, the sheriff's department is in charge of security for the midway and events. Last year we had the following calls handled by officers: Lost children/adults — 15, medical calls — 9, lost/found property — 2, vehicle crashes — 2, theft — 1, warrants — 1, possession of marijuana —3, drug paraphernalia — 1, juvenile tobacco citations — 11, no-trespass warnings issued — 2, vehicle lockouts — 2 and explosive ordnance disposal — 1 (check an unattended suitcase left in the historical room).